The Rescue Ship “Shkval” and Her Capitain

The towing steamer Shkval was transferred to the Soviet naval fleet with some of its crew in July 1941, soon after the beginning of the Great Patriotic War. Before that it was part of the fleet of the Northern Shipping corporation. One can find a military order comprising the words “…are excluded from the crew list due to the call to active duty in the naval fleet: 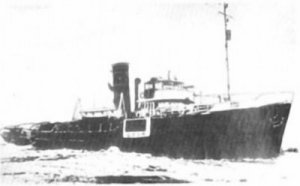 The commanding staff was promoted to officers. Thus, V. Timofeev was promoted to first lieutenant and P. Rasskazov to senior technical lieutenant. The naval flag was raised on Shkval and the steamer was included into the rescue squad of the White Sea military flotilla.

The steamer was one of the best vessels of flotilla due to high-capacity power unit, high navigability and wide area of shipping. The crew used to joke: “The vessel is Dutch, power unit is British and the sailors are Russian”. 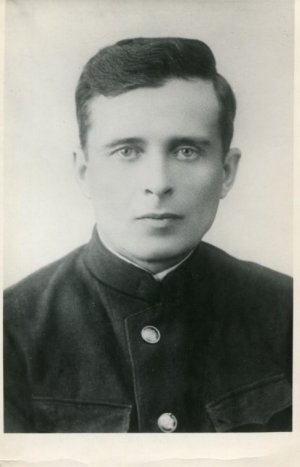 The steamer was one of the best vessels of flotilla due to high-capacity power unit, high navigability and wide area of shipping. The crew used to joke: “The vessel is Dutch, power unit is British and the sailors are Russian”.

Shkval’s birthplace was Amsterdam. In 1938, the People’s Commissariat of the Navy bought two newly built towing steamers of the same type in Amsterdam, one of them was named Shkval. For two years the steamer drove cigar punts from sawmills to different points on the coast of the White and Barents Seas. In May 1940, a new captain Vladimir Timofeev ascended to her bridge. A native of the Pomeranian city of Kem, he was a graduate of Arkhangelsk Maritime College and devoted his life to the sea forever.

In the White Sea military flotilla during the war the rescuer was engaged in various tasks: setting the ships afloat, carrying out ship lifting operations. On several occasions Shkval took part in escorting convoys. Despite its relatively small size - 44 meters long - the rescuer was armed with a forty-five-millimeter gun and large-caliber machine guns.

In November 1941, in a storm, Shkval was setting afloat stranded steamer Vytegra with cargo and passengers. In September 1942, three American cargo ships and minesweeper Daneman from the Allied convoy PQ-18 were thrown by a storm on the edge of the fairway and stranded in Severodvinsk harbour. Shkval then came to rescue from Arkhangelsk accompanied by minesweeper T-34 and the port icebreaker. The sailors of the rescue squad worked for several days, heaving off large American cargo ships. Sometimes it seemed that all efforts were in vain, but the Soviet sailors did not stop their efforts. Neither the storm nor the threat of a raid by enemy aircraft could stop them. One by one, all three vehicles were set afloat and towed to Arkhangelsk.

The hard work of the rescuer continued: Shkval sailed along the White and Barents Seas, escorted convoys, set afloat ships and barges, sealed holes in them, sometimes extinguished fires, and once carried out search for allegedly sunk enemy submarine.

On 25th August 1943, Shkval was heading to Arkhangelsk having completed difficult task of piloting across the Kara Sea a caravan of river vessels unsuitable for sea passage. At 18:07 the rescuer was blown up on a fascist mine while entering the Yugorsky Shar Strait.

Forty-seven of the fifty-two people on board were killed, including Captain Vladimir Timofeev. Five survived. For forty minutes, suffering from wounds and cold, they were waiting for help on the pontoon. They were picked up by a motor boat, captain of which noticed disappearance of the steamer and a cloud of smoke.

In 1944, during a survey of the steamer’s wreckage, were established the exact coordinates of the rescuer and his heroic crew’s loss: 69° 43ˈ north latitude and 69° 33ˈ09ˈˈ east longitude. Here, at a depth of 28 meters, 47 crew members of the rescuer Shkval lie, having fulfilled their duty, as it should be for Men-in-Full and true sailors.