In November 1940, aboard the cruiser Tuscaloosa, US President Franklin Delano Roosevelt, together with his personal adviser Harry Hopkins, elaborated in detail a program of financial and military-industrial assistance to the United Kingdom of Great Britain. The concept of this program gave the President of the United States the authority to assist any country whose defense was deemed vital to his country. The program assumed some special principles for the delivery of goods and their sale: for example, materials that were lost or used for their intended purpose (explosives) were not subject to payment, but were settled; property left after the end of war was paid in full or in part in order to repay the loan; work in progress or property in warehouses was sold using an American loan, more often a long-term one.

On December 17, 1940, Roosevelt presented this program at a press conference in the US Congress, and Treasury Secretary Henry Morgenthau proposed the Lend-Lease Act (full name - An Act to Promote the Defense of the United States) which formulated the principles of Roosevelt's program to provide financial and military-industrial assistance to the United Kingdom of Great Britain. The law was passed by the U.S. Congress on March 11, 1941. Subsequently, the principles of Lend-Lease became fundamental in relations with other friendly to US countries. 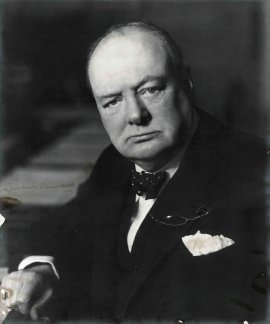 On the very first day of the Nazi Germany's attack on Russia on June 22, 1941, Winston Churchill, the head of the British government, made a radio announcement about providing “whatever help we can to Russia and to the Russian people”. “…The Russian danger is therefore our danger and the danger of the United States just as the cause of any Russian fighting for his hearth and home is the cause of free men and free peoples in every quarter of the globe”.

On June 24, 1941, in the House of Commons, under the leadership of Foreign Minister Anthony Eden, a debate was held on the topic “The German invasion in Russia”. It was decided to send a military and economic mission to Russia. On June 27, 1941, negotiations began between the Soviet and British government delegations, where Lord Beaverbrook said that a part of the British fleet was being sent to Murmansk and the Petsamo region to participate in naval operations against the Germans.

On June 24, 1941, at a press conference, Roosevelt noted that at the moment it was impossible to say what kind of assistance Russia would receive, but that the United States would undoubtedly provide the necessary assistance within the limits determined by production capabilities and the most urgent needs. At the end of June, Roosevelt's personal representative Harry Hopkins arrived in Moscow. Convinced of the unshakable desire of the Russian people to crush the enemy, he outlined a range of strategic issues with their trilateral discussion on the volume of assistance to Russia in aviation, tanks, military equipment. On July 12, 1941, the Agreement on Mutual Assistance was signed in Moscow.

On July 31, 1941, at the Argentia naval base (Newfoundland Island, Canada), Roosevelt and Churchill discussed Lend-Lease assistance to Russia. Specifically, the amount of military aid was determined in the allocation of 30 thousand tons of aluminum to Russia by the beginning of October 1941 and 400 aircraft and 500 tanks each month. 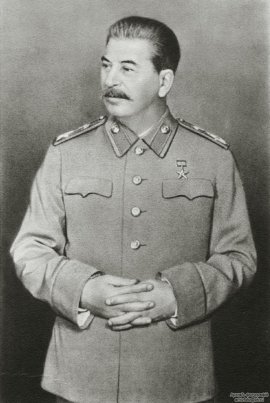 At the end of September 1941, a conference of three great powers - Russia, England, the United States - was held in Moscow, where the allied countries demonstrated unity against Hitlerism and considered the issues of military-economic assistance. According to the negotiations, it was determined, and this was confirmed by the Joint Protocol, that, starting from October 1, 1941, the Allies would supply monthly, until July 1942: 400 aircraft of various brands, 500 tanks of various modifications, 200 anti-tank rifles, two thousand tons of aluminum, one thousand armor plates, seven thousand tons of lead, 1.5 thousand tons of tin, 300 tons of molybdenum, 1250 tons of toluene. At a time, until the volume of delivery is determined in the future, 152 anti-aircraft and 756 anti-tank guns. Russia for this promised platinum, gold, strategic raw materials such as manganese, chromium, asbestos, as well as the usual goods of Russian export: timber, furs, grain.

In official documents of the USSR and in the Agreement between the governments of the USSR and the USA of June 11, 1942 on the principles applicable to mutual assistance in the war against aggression, Law No. 1776 is referred to as the Act of the US Congress of March 11, 1941. The very term of the Lend-Lease Act3 was not mentioned in the wartime press on the territory of the USSR. It received the right to be published only on performing the settlements between the USSR (Russian Federation) and the USA.

Deliveries from the USA to the USSR can be divided into stages:

Of the total Lend-Lease aid of $ 46 billion, the United Kingdom countries received materials and equipment in rounded figures5 to the amount of about 32 billion (almost 70% of the total aid volume); Russia received 11 billion (almost 24%); France - 1.4 billion (about 3%); the rest of the countries - China, Yugoslavia, Greece and a number of Latin American countries - 1.6 billion (just over 3%).

The debt of the USSR was determined in 1947 at 2.6 billion dollars, but already in 1948 this amount was reduced to 1.3 billion. The new concessions from the United States followed in 1951, the amount of the debt was revised again and this time amounted to 800 million. The agreement on the procedure for repaying the debt to pay Lend-Lease between the USSR and the United States was signed only on October 18, 1972 (the amount of the debt was again reduced, this time to $ 722 million; maturity - 2001), and the USSR agreed to this agreement only on condition that it was granted a loan from the Export-Import Bank. In 1973, the USSR made two payments totaling $ 48 million, but then stopped payments due to the 1974 Jackson-Vanik amendment to the 1972 Soviet-American trade agreement. In June 1990, during negotiations between the presidents of the United States and the USSR, the parties returned to discussing the debt. A new deadline for the final repayment of the debt was set - 2030, and the amount was $ 674 million.