The routes of Northern convoys 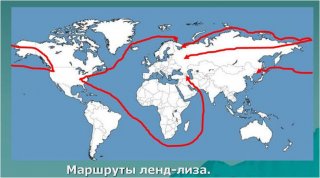 The Pacific route, which provided about half of the Lend-Lease supply, was relatively safe. Since the beginning of the war, transportation along this route could only be provided by Soviet sailors, and commercial and transport ships sailed only under the Soviet flag. All non-freezing straits were controlled by Japan, and Soviet ships were subjected to forced search and were sometimes sunk. The sea part of the route from the western coast of the United States to the Far Eastern ports of the USSR took 18-20 days. The total volume of cargoes along this route was the most significant and amounted to more than 47% of the total volume of Lend-Lease supplies for the USSR. 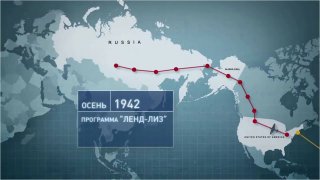 ALSIB (or the Northern Trace) was the route for the supply of aircraft to the USSR passed from Alaska to Chukotka. A total of 7,925 aircraft manufactured in the United States were flown over this route for World War II combat service on the Eastern Front. 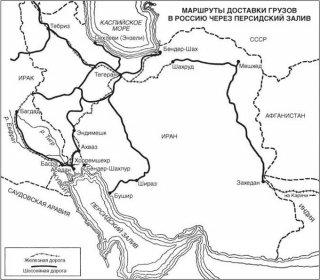 The least known Lend-Lease supply route. The first deliveries to the USSR along the Persian Corridor began in November 1941. To increase the volume of supplies, it was required to carry out a large-scale modernization of the transport system of Iran. For this purpose, the allies (USSR and Great Britain) occupied Iran in August 1941. Since May 1942, deliveries averaged 80-90 thousand tons per month, and in the second half of 1943 increased up to 200 thousand tons. Further, the delivery of goods was carried out by ships of the Caspian military flotilla, which until the end of 1942 were subjected to active attacks by German aviation. The Persian Corridor transported 23,8% of the total volume of Lend-Lease supplies. 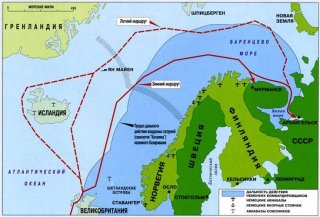 The Northern Convoy routes were the fastest — and most dangerous — routes of delivering cargoes for the Soviet Union across the Atlantic Ocean past Denmark and Norway that were occupied by the enemy. The volume of cargo received by the Northern Sea Route amounted to 22,6% of all deliveries under Lend-Lease. The cargoes along the Northern Sea Route were mostly delivered by cargo ships of the Allies, primarily the USA, Great Britain and Canada. During four years, 1548 ships under the flags of 11 states completed their route to the USSR being the part of 75 allied convoys. The routes of the Northern convoys connected the ports of Murmansk and Arkhangelsk with Iceland and the British Isles. 441 warships were engaged in protection of convoys including the ships of Great Britain, USA, Canada, Norway, Poland, Free France. In total, 40 convoys arrived in Soviet ports, 35 departed. Only 9% of the total tonnage of the convoy vessels was allocated to military supplies, while more than 90% were industrial equipment, food, metals and oil products. Food took up a quarter of the total tonnage.