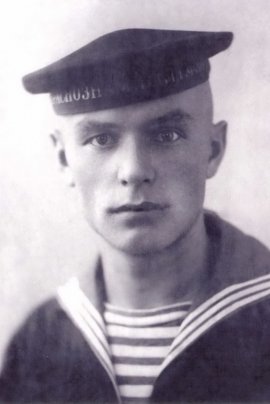 Born in the village of Podomo, Vilegodsky District, Arkhangelsk Region.

In October 1938 he was drafted into the Red Army, where in June 1939 he received the specialty of a navigator electrician. From 1941 to 1944 he served on ships of the Baltic and Northern fleets. 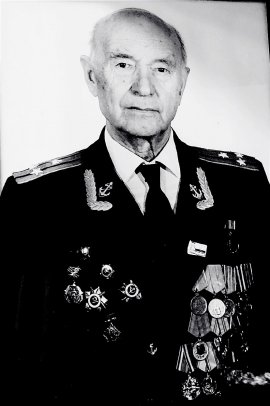 In March 1944, Platon Patrushev was appointed for political work organizer of the destroyer Deyateniy of the Northern Fleet, and in October 1944 he became political officer of the same ship.

Platon Patrushev was a member of the specially formed crew for the acceptance procedure of the destroyer Deyateniy and had been in England in the city of New Castle from April to August 1944.

In total, Platon Patrushev was participant of 11 convoy operations, 6 of which took place in harsh conditions of the Arctic, and 1 U-boats search operation. Platon Patrushev had been part of the Deyatelniy crew until the loss of destroyer while escorting the KB-1 convoy in January 1945. Only 7 crewmembers were saved, P.I. Patrushev was at leave at that time and did not participate in the last campaign.

After the end of the war, he served as secretary of the Communist party organization of the cruiser Chkalov in Leningrad and the cruiser Zheleznyakov of the detachment of newly built ships of the Navy.

In 1965 Platon Patrushev went to the reserve as the Captain of the 1st rank with gratitude for impeccable service from the Deputy Minister of Defense of the USSR.

The family of Platon Patrushev donated some personal belongings of the veteran to the funds of Memorial Museum of the Northern Convoys History. In August 2021, during St. Petersburg events dedicated to the 80th anniversary of the Northern Convoys, a model of the destroyer Deyatenyi was also donated for the museum’s exposition. 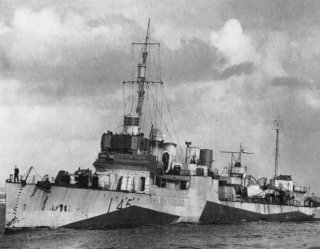 Crew during the war: 141 people, including 10 officers.