This article we dedicate to three brothers who served in World War II.  Their names are: Leonidas Lloyd, Charles Lloyd, and Whitson Lloyd. All of them served as seaman though in different services, in different parts of the world.

Two of them, Leonidas and Charles were lucky to survive the War and returned home to live the life. They had the families of their own, children and grandchildren, they worked hard to keep their families well. They had many happy days and many difficult days, but they lived.

But one of the brothers did not come home from the War. Lonnie Whitson Lloyd was killed on May 5, 1945, just three days before VE Day.

Whitson Lloyd was the only one of the three brothers who took part in the Northern convoys on the ship which was a part of caravans to Russian ports of Murmansk and Archangel. 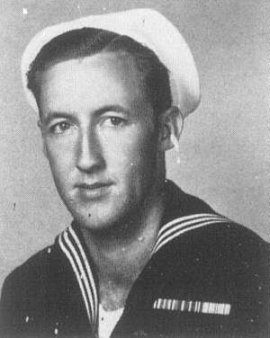 Whitson volunteered for the U.S. Navy in 1941. Having accomplished training at the Naval Training Center and later at the Armed Guard School, Whitson was appointed coxswain in October 1942, while aboard the SS Expositor, and this voyage took them to Murmansk and Archangel, Russia. On the return trip from Belfast, Northern Ireland to New York, the SS Expositor was sunk February 22, 1943, in the North Atlantic when a torpedo struck the ship. Six Merchant Seamen and three Armed Guard were killed. The 48 survivors were rescued from three life rafts and one lifeboat. Whitson was knocked unconscious and was pulled into the life-boat by some of the crew.

During one of his his meetings with his brother, Charles, after returning from Russia, Whitson told about his times in the convoys. Charles Lloyd recollects his brother’s memories about the ice that would build upon the ship on her route to Russia and Whitson and his crewmates had to take sledge hummers and chip it off when they were not under attack by German airplanes. Whitson told about Russian women who had to replace men doing the heavy work of unloading cargo during the war. He remembered women lifting and carrying 45 kg flour sacks to pile them on the dock. He also told about the tanks and trucks cargo placed on railroad cars and when the train was loaded, the tracks were laid across the frozen waterways. This was done under more than 40 degrees below zero. Whitson was going to tell more about his staying in Russia after the victory, but he never came back again from war.

On May 5, 1945, only three days before VE Day, Whitson was killed when a torpedo hit the stern of the SS Black Point while on her coastal run from Boston to Galveston, Texas. 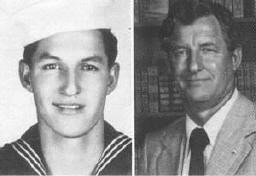 As for his brother, Charles April Lloyd who is now 95, he was for a long time a chairman of USN Armed Guard WWII Veterans Association and have done a great and seemingly endless task of locating other shipmates, convoys’ veterans among them. He recorded names and ships into a computer in order to "match-up" shipmates, and mailed out information to over 6,900 of the original 144,970 who served in the Armed Guard. The total of 1,810 Armed Guard died in the line of duty, including the Northern convoys, and Mr. Lloyd dedicated his work to them as well as all men from all branches of the service who served and those who died.

Here is how Charles April Lloyd said about his life: "my greatest achievements in life were to serve my country in time of need, marry a wonderful person, and rear two wonderful daughters who gave life to three grandsons".

He was a captain of the Raleigh Fire Department for 23 years and said it was an honor to serve the City of Raleigh and its people.

We thank Charles Lloyd for the information about his brother, Whitson, and for his valuable assistance. We have an honor to communicate with Charles Lloyd who helps us to locate some of the now living veterans of the Northern convoys.