The Irishmen in the Northern Convoys: Able Seamen Thomas Murphy and William (G) Knott of the SS Earlston

Ireland was a neutral country throughout the WWII and deemed not to be a part of the allied war effort. No real numbers have to date ever been confirmed regarding Irishmen from the Republic of Ireland who may have served on the Allied convoys. According to the UK Forces Enlistment Figures, the number of men and women who joined His Majesty's Imperial Forces from Southern Ireland from 3 September 1939, to August, 1945, under the headings of the Royal Navy, Army and Royal Air Force (which includes deserters from the Irish defence forces) is 43249.

According to Peter Mulvany, the researcher of participation of the Irishmen in the World War II (http://www.irishseamensrelativesassociation.ie) there is a record of nearly 5000 service personnel dismissed for desertion by the Irish Government post war; presumably, many of them would have decided to serve in the Merchant Navy and would have also served on the Arctic Convoys. It is  known that thousands of Irishmen and women joined UK forces but lived in the UK during WW2. However more research is needed to achieve a definitive figure. 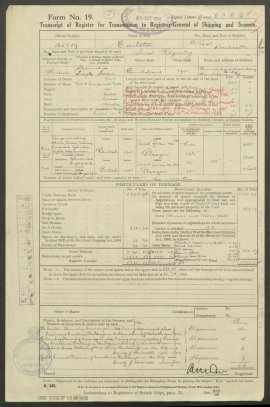 Cargo: 2005 tons of military stores and 195 vehicles, 33 aircraft and a steam launch as deck cargo 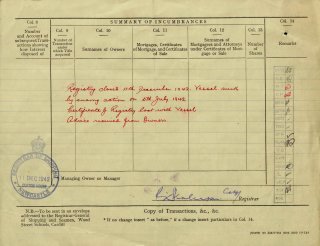 On 27 June 1942, SS Earlston sailed from Hvalfjörður, Iceland, as a part of convoy PQ17, and headed for the port of Arkhangel in the Soviet Union. On 4th July the convoy was ordered to scatter, with the escorting destroyers ordered to join the cruiser force and the merchantmen to proceed independently. On July 5, 1942 the unescorted Earlston was badly damaged by bombs from German aircraft in Barents Sea, some 360 miles NNE of Kola Inlet. The ship was abandoned in a sinking condition. Later the same day,  she was sank by U-334  northeast of North Cape (the other version suggests she was subsequently torpedoed by U-334 and sunk by a returning aircraft when a bomb fell into a hold containing ammunition). The master and three gunners were taken prisoner. The second officer and 20 survivors landed on the Rabachi Pensulina after seven days. The chief officer and 26 survivors landed on Norwegian-occupied territory. 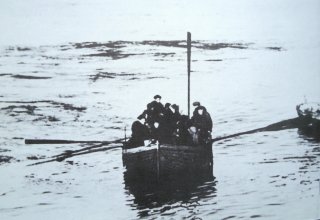 Survivors of SS Earlston in a lifeboat. Photograph dated 05th July 1942. "The Destruction of Convoy PQ17" by David Irving, 1980. 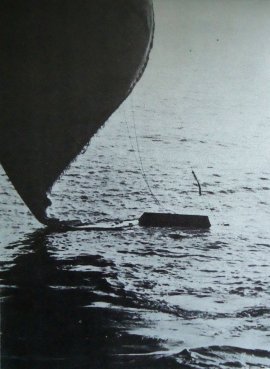 The barrage balloon marking the location of the sunken SS Earlston. Photograph dated 05th July 1942. "The Destruction of Convoy PQ17" by David Irving, 1980.

Able Seaman Thomas Murphy from Dublin was on the SS Earlston in convoy PQ17 when she was attacked and sunk off Norway  July 5, 1942 . Thomas Murphy was taken prisoner but, suffering from frostbitten legs, he had to be treated for his injury in the Lazarette (Hospital) Hammerfast, Norway until July 28, 1942. On the 30th July 1942 Able Seaman Murphy departed Lazarette Tromsö and boarded Lazaretteschiff (Hospital Ship) "BIRKA" and arrived Lazarette (Hospital) Schleswig. Departing Schleswig on August 14, 1942 Thomas arrived at Dulag Nord (Transit Camp) Wilhelmshaven on  August 21, 1942, which had been relocated to Westertimke because of the allied bombing. Able Seaman Thomas Murphy was later transferred to the adjacent Milag Nord Merchant Seamen’s Internment Camp. 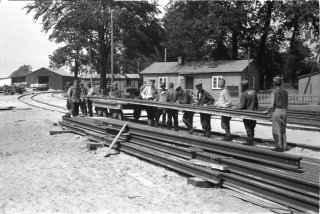 On the 27th January 1943, 32 Irish Born British Merchant Seamen were removed from Milag Nord by the Gestapo and taken to an aircraft factory in Bremen where over several days attempts were made to persuade the Irishmen to become free workers for the Nazi regime. The Irishmen refused to sign up as free workers and were then moved to Hamburg. In Hamburg the Nazis tried again to persuade the Irishmen to workfrei on German Merchant Ships. Again the Irishmen refused to workfrei for Nazi Germany. In  February 1943, the 32 Irishmen were relocated from Hamburg to the Arbeitslager Bremen-Farge located on the River Weser and forced to work as slave labourers involved in the construction of the UBoat Bunker "VALENTIN".  5 Irishmen died in Bremen-Farge and 4 were buried in the Commonwealth War Graves Cemetery in Rheinberg, Germany. 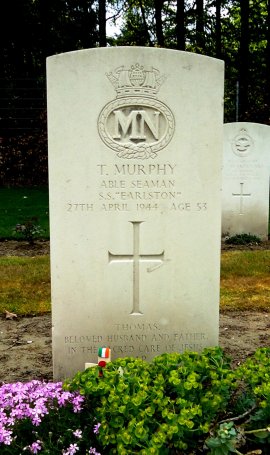 Able Seaman Thomas Murphy was among the Irishmen who refused to work for Nazi Germany. Relocated to Bremen-Farge Arbeitslager, he died on 27 April 1944 and is now buried in Rheinberg.

Another crewmember of SS Earlston, Able Seaman William (G) Knott from Ringsend in Dublin, was also taken prisoner and refused to work for the Gestapo. Relocated to Bremen-Farge Arbeitslager, he survived the War and was a witness in the Bremen-Farge War Crimes Trial, Hamburg Curio Haus 1947-1948.

On the 30th May 1946, Knott  in a sworn affidavit submitted in evidence to the Bremen-Farge War Crimes Trial in Hamburg, stated:

"On the 17th May 1942, I joined the S.S. Earlston as A.B. at Glasgow. About the 27th May 1942 we left Glasgow and arrived in Iceland on1st June 1942. We left Iceland on or about the 27th June 1942 bound for Russia. On the 1st July 1942 we were attacked by enemy aircraft and these attacks continued off and on until 5th July, when our ship was sunk by bombs and torpedo. The skipper Captain Stenwick was taken onboard one of four submarines, which surfaced close to the sinking ship. The rest of the crew were in one lifeboat, and after ten days at sea, landed at North Cape, Norway. The remaining men were captured soon after landing and were taken by land and sea to a prison ship at Oslo and later to Aalborg, Denmark. We were later taken by stages to Marlag and Milag Prisoner of War camp arriving there by the end of August 1942". (War Crimes Files National Archives Kew. Extracts sourced from British and German documents in archive kept by Peter Mulvany). 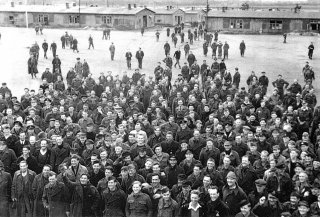 On the 31st March 1943 Gestapo Bremen wrote to the Reich Main Security Office, Foreign Workers Section, Berlin SW 11, asking for other instructions to send the Irishmen to a concentration camp (Neuengamme). The RHSA (Reich Main Security Office/SS General Ernst Kaltenbrunner) advised that the Irishmen be kept in Bremen-Farge Arbeitslager and await further instructions. Circa 6th April 1945, the Irishmen, less the 5 men who died, were returned from Bremen-Farge Arbeitslager to their former camp, Milag Nord (Merchant Seamen's Internment Camp) located in Westertimke. 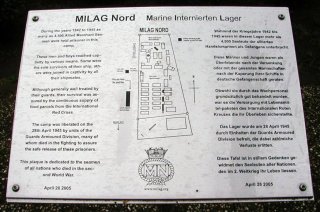 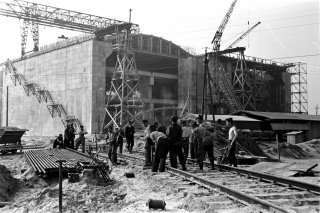 In April 1943 construction of the largest Kreigsmarine project, the UBoat Bunker "VALENTIN" was begun, located on the River Weser. In less than two years a bunkered shipyard would arise to build submarines of the latest type. The completion of the first submarine was scheduled for March 1945, and from the autumn of 1945 every other day, a boat was to be launched and put into service.

William (G) Knott and Thomas Murphy from SS Earlston and the other Irish born British merchant seamen who refused to workfrei for the Nazis were relocated to Bremen-Farge Arbeitslager circa 06th February 1943 and forced to work as slave labourers on soil removal and the construction of the mud banks that now surrounds the Bunker to prevent the Weser flooding the site. The Irishmen also worked laying the foundations for the UBoat Bunker, and were the first group of slave labourers to work on the Bunker Valentin from 1943. 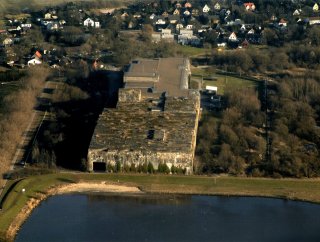 Built to withstand aerial bombing with up to seven metre thick ceilings and walls, what now remains of the Bunker "VALENTIN" is a unique and unmistakable relic of Nazi armaments for naval warfare, a lasting place of memory and a visible reminder of crimes of the Nazi regime.