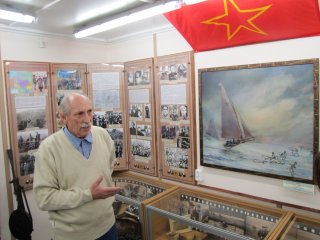 Russian timber carrier Stari Bolshevik was seriously damaged and caught fire on May 27, 1942, during an attack by German aircrafts on the convoy Q-16. The captain of Stari Bolshevik declined the offer to the crew to leave the ship, made by the commander of the British escort. The timber carrier could not stay in column and fell behind the convoy, but her crew not only put out the fire but also managed to repel another Nazi attack by shooting down an enemy plane. The next day Stari Bolshevik caught up with the convoy. For this feat Captain Afanasyev was awarded Officer of the Order of the British Empire. 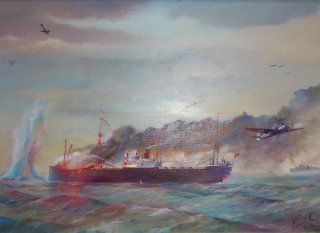