Commemorative coins, badges and insignia as works of art

Art uses a wide variety of means through which reality is expressed, including historical events. The phenomena can be expressed both in the form of a certain image, clothed in the form of a work of art, and recorded literally, with the help of photography, film or three-dimensional product. The form of a work of art can be varied - realistic or metaphorical, and in some cases mixed. Art reflects, among other things, quite domestic, functional objects. At the same time, such objects that surround us in everyday life and have a semantic meaning must have a specific implication.

In the case of preserving the memory of the Northern Convoys' heroic deeds, the so-called medallion art is an important form of it. Traditionally, by medallion art we mean the art of making coins and medals, engraving stamps for minting, and the creation of signs. Today it is the most important element of preservation and propaganda of heritage, fixation of memory, sharing of information about historical events of the passed time.

A huge contribution to the preservation and popularization of the legacy of the Northern Convoys was made by Arkhangelsk artist and war veteran Rudolf Kunnikov. He initiated the creation and developed a whole line of special commemorative signs for participants in the Northern Convoys including the first convoy Dervish. A brilliant graphic artist, who had experienced the complexity of military navigation in the Arctic seas, he put a lot of creative effort into developing the symbolic figurative system of the Northern Convoys. 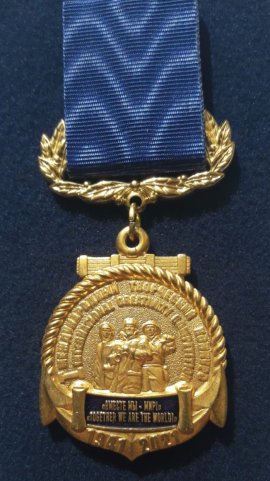 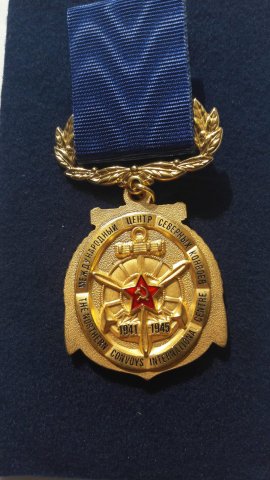 Commemorative signs of the "Northern Convoys International Centre" Foundation, created to award the winners of the International Creative Competition "Together We Are the World!" (2021), as well as to award individuals  and organizations who took an active part in the commemorative events in St. Petersburg dedicated to the 80th anniversary of the first Allied convoy Dervish.